The Doctor Is In The House 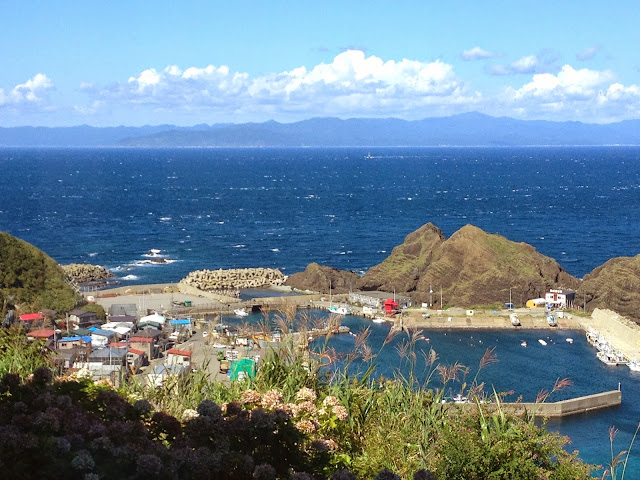 A day after the latest Japanese relay team crossed the Tsugaru Channel, Dr. Steven Minaglia from Honolulu, Hawaii is getting ready for his own solo Tsugaru Channel attempt.

From his hotel room on Tappi Misaki, he has been watching the whitewater and wind chop typically blow across the Tsugaru Current. Eddies, chop and marine life await the specialist in Female Pelvic Medicine and Reconstructive Surgery at the University of Hawaii who has crossed several channels in Hawaii and the Strait of Gibraltar.

Photo by Dr. Minaglia shows Honshu (Tappi Misaki*) in the foreground and Hokkaido (Shirakami Misaki*) in the background where the current typically flows quickly from west to east (left to right in the photo) unless it is punctuated with swirling eddies.

Note: The Seikan Tunnel (青函トンネル) runs underneath the channel with a 23.3 km (14.5 mile) portion under the seabed very close to the optimal swimmer's course. The rail track is about 100 meters below the seabed and 240 meters below sea level.

Posted by Steven Munatones at 8:03 AM