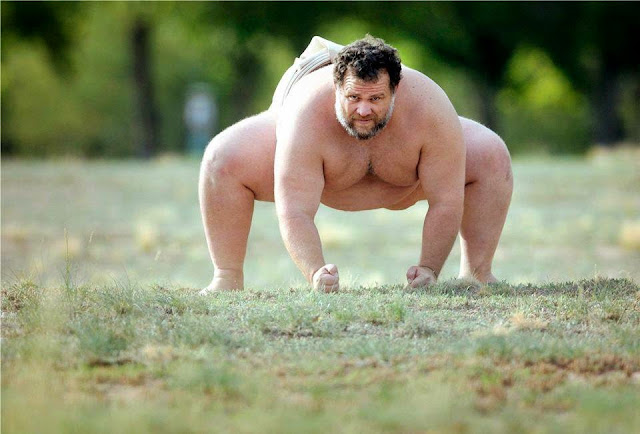 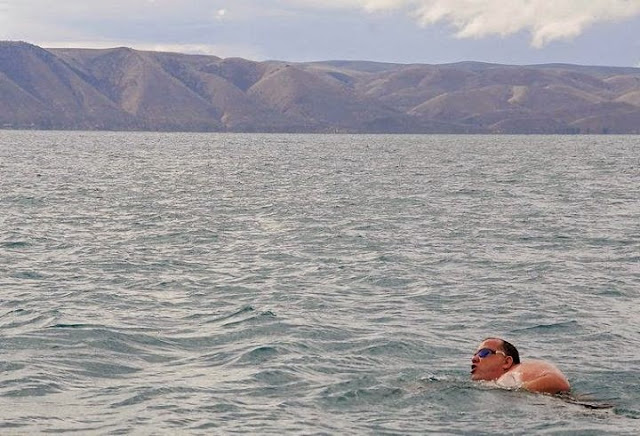 Known as the Man of Fat Steel, Gneiting will represent the United States as an athlete and coach at the 20th annual World Sumo Championships in late August in Japan.

But along the way to cross the Pacific Ocean to the world's fiercest sumo wrestlers, he is going to also attempt to swim across the Tsugaru Channel from Honshu to Hokkaido the week before.

His attempt is within his capabilities as he has crossed Bear Lake in Utah in 16 hours 13 minutes and gave it a good shot in an attempt of the Anacapa Channel this year. Leo has the heart of a lion.

To help Gneiting along his way, visit Go Fund Me.

Posted by Steven Munatones at 4:56 AM