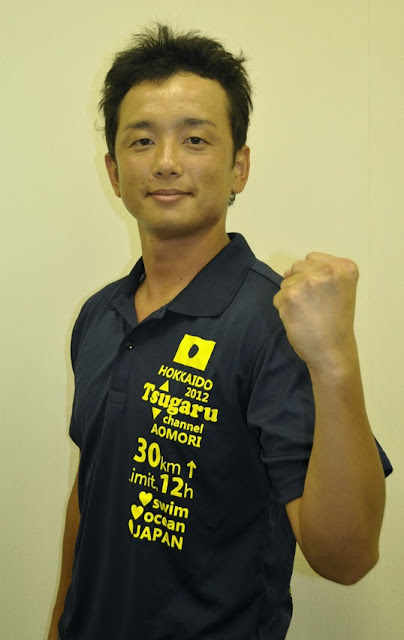 Japanese distance freestyler started swimming at the age of five and continued doing well throughout his school years where he retired as a national-level swimmer.

Four years ago, the 24-year-old Japanese became hooked on open water swimming when he saw a relay crossing of the Tsugaru Channel broadcast on television. "I was both inspired and surprised by the relay. Someday, I was absolutely sure that I would attempt this challenge," he promised to himself.

He understood that balance was hard to maintain with the waves and turbulence, but the ambiance of the open water attracted him. "It was much different from the pool and the goal was that everyone was smiling. I was hooked," Setsumasa recalls.

He started competing in - and winning - open water swims throughout Japan.

He eventually sought help from the Tsugaru Channel Swimming Association and found a slot on September 8th - and a support.

He became the first person from Kyushu to complete the channel when he finished on Cape Shirakami in 7 hours 30 minutes, the fourth fastest crossing in history and the fastest of any Japanese swimmer. 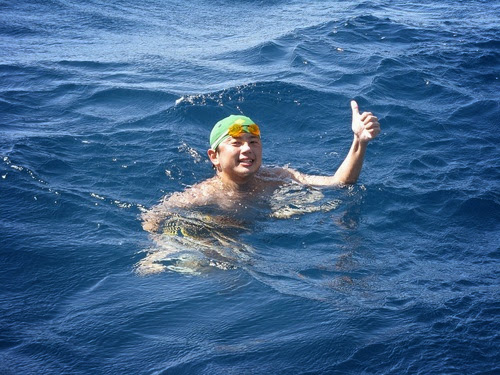 With the water temperature raising from 23.7ºC to 26ºC soon after his start at the Kodomari fishing port on Aomori Prefecture and initial calm conditions, his initial experience was very positive; something he did not expect.

"The water temperature was warmer than I thought and I was moving well [at 5 kph]. I swam comfortably during the first hour as it served as a warm-up and replenished on jellies and sports drink every 30 minutes."

However, as they hit the 20 km mark, he gradually became sore with no feeling below his elbow. As he hit the eddies and turbulence from the waters of the Sea of Japan mixing with the Pacific Ocean currents, he was tossed left and right and had a hard time to focus.

At one point with the shoreline in sight, it took him over 10 minutes to travel as little as 100 meters. But he came ashore, tired and successful - far faster than any Japanese or Asian over the 25-year-old history of crossing the Tsugaru Channel.

Posted by Steven Munatones at 8:16 PM No comments: 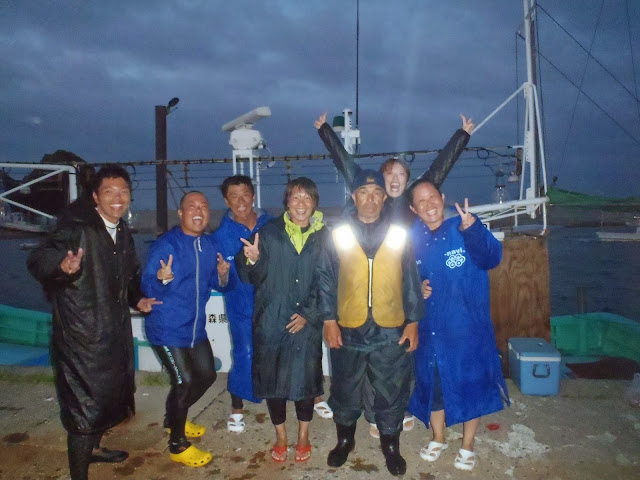 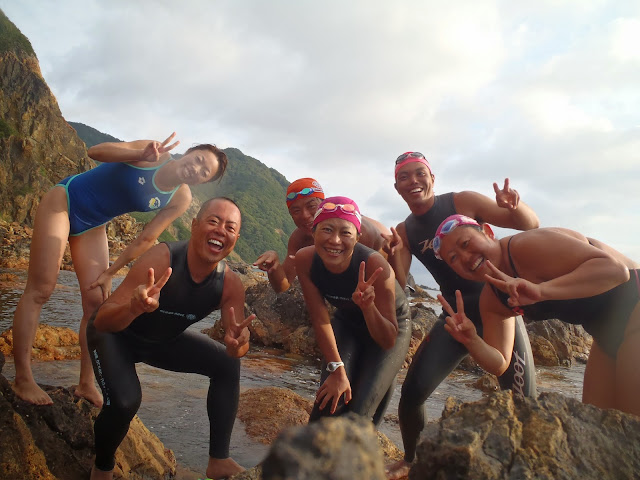 Team Umiou (海王《うみおう》) started out in cold, wet and dreary conditions on one side of the Tsugaru Channel, but finished under better conditions in their 12 hour 45 minute crossing from Hokkaido to Honshu. Captain Mizushima escorted Tomokazu Sakurai, Nobu Arihisa, Yuko Isozaki, Shinpei Kamata, Fujiko Kawasaki and Motoko Honma in northern Japan.

Posted by Steven Munatones at 9:48 PM No comments: